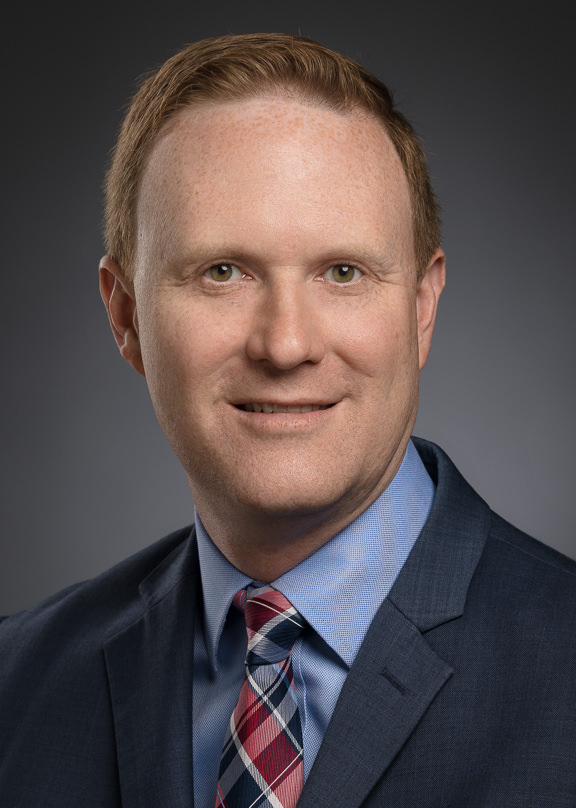 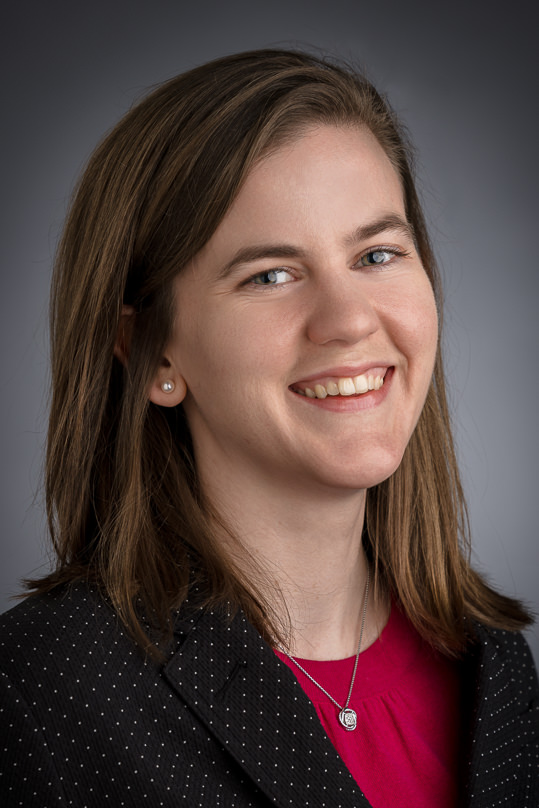 In what might be the first case of its kind, a federal jury in the District of Connecticut determined on November 1, 2021, that four digital asset-related products were not securities. The case, Audet v. Fraser, stands in contrast to the SEC’s position that digital assets should be regulated as securities and related transactions, such as cloud mining, are nearly always securities transactions.

One of the central questions in the blockchain sector is whether a given digital asset is a security. That’s because, unlike traditional financial assets like stocks and bonds, digital assets (or “tokens”) are generally not contractual claims on an issuer and are typically designed to enable self-custody and peer-to-peer transfer. The securities laws and regulations generally contemplate a complex, highly-intermediated system of issuers, brokers, custodians, transfer agents, and other entities; to the extent they are subject to the securities laws, digital assets would lose many of the properties that make them interesting and innovative. Nevertheless, the SEC has racked up win after win against token issuers, arguing that sales of these tokens were unregistered, non-exempt securities offerings.

The definition of “securities” covers a wide range of assets, such as stocks and bonds. Instruments which do not conform to a particular type of security fall into the catch-all category of “investment contracts.” Whether an asset is an investment contract is assessed under the test articulated by the Supreme Court in the case of Securities and Exchange Commission v. W. J. Howey Co.[1], as modified by subsequent case law (the “Howey test”). In that case, the eponymous company sold orange groves alongside service contracts under which the company would harvest and market the oranges and the investor would collect some of the profits from the harvest. The Court found that, by combining contracts for physical goods and services, the company had effectively created a security. Under the Howey test, an investment contract will be found to exist when there is (i) an investment of money (ii) in a common enterprise (iii) with a reasonable expectation of profits (iv) derived primarily from the entrepreneurial or managerial efforts of others.

To understand what makes the Audet case significant, it is helpful to understand how blockchains and mining pools work.

The essential function of a blockchain is to act as a distributed timestamp server. Each timestamp is bundled with a collection of data (“transactions”) to form a “block.” Each block references a unique identifier – a cryptographic hash – of a preceding block, thereby forming a “chain” of blocks and an absolute ordering of the transactions contained within the chain.

Because anyone can create a block and each individual node within the network may receive transaction data at different times due to connectivity problems, latency, or malicious actors on the network, blockchains must incorporate “consensus algorithms” to resolve competing blocks into a self-consistent, canonical order. The first such consensus algorithm, Nakamoto Consensus, relies on a “proof-of-work” scheme under which a block is considered valid only if i) all transactions within the block, in light of all prior transactions, are valid and ii) the hash of the block has a value lower than the prevailing “difficulty,” which is a function of prior blocks’ hashes and timestamps. To satisfy the difficulty requirement, computers on the network (“workers”) must identify arbitrary data (a “nonce”) which, when added to valid transaction data, results in a valid block; this process is called “mining.” When a valid block is found, the miner disseminates the block to other network nodes, and is entitled to create new tokens and to collect transaction fees (collectively, the “block rewards”).

Mining is an inherently unpredictable process; although increasing the computing power (“hashrate”) increases the probability that a valid block will be discovered, there is no guarantee of the time required to discover a block. Furthermore, because many nodes on the network are individually working to produce new blocks, there is a chance that even a valid block will be rejected by the network in favor of an alternative block with superior proof-of-work.

As the hashrate on the network increases (a proxy for network value growth), valid blocks are found more frequently, causing an increase in the difficulty and a commensurate decrease in the rate of block production. As the network grows, individual workers become statistically incapable of producing new blocks, with expected block discovery times exceeding the working life of the devices. To spread the risk associated with mining, miners organized into “pools.” The pool operator is responsible for selecting the transactions comprising a candidate block and distributing the Merkle root (a kind of “digital fingerprint” for large data sets) to members of the pool, who contribute hashrate toward the candidate block and report a solution nonce when and if one is found. Participants are rewarded for their contributions to the pool based on their output, measured in partial proofs-of-work, called “shares.” Each share is a potential block solution: a nonce that produces a block hash lower than a specified difficulty (but not necessarily one lower than the target difficulty).

Some miners operate under a pool-like arrangement called “cloud mining.” Under this arrangement, a miner rents hashrate to investors and operates workers on their behalf. Cloud mining can be seen as a kind of inversion of traditional mining: instead of users contributing hashrate and following the direction of the pool operator, they receive hashrate from the operator and direct how it is allocated.

According to the plaintiffs, the defendants, Stuart Fraser and his company GAW Miners, LLC (“GAW”), initially sold mining equipment to customers. When they were unable to profitably sell the equipment, they began offering a range of cloud mining services. Ultimately, the complaint alleged securities law violations for each of four separate products:

According to the plaintiffs, GAW never owned the computers that the Hashlets were to represent, making these contracts nothing more than a Ponzi scheme where GAW would take proceeds from the sale of Hashlets to pay off earlier investors. The plaintiffs further alleged that Paycoin, Hashpoints, and HashStakers were designed to manipulate markets and conceal the fraud by delaying the payouts of Bitcoin that the scheme otherwise required.

During the trial, Fraser argued that the products at issue were not investment contracts, in part because investors were able to direct how their hashrate was allocated. According to the defense, this meant that GAW was not undertaking the “entrepreneurial efforts” essential to find that the products were investment contracts. Furthermore, because each investor made this determination independently, the proceeds of the offerings were not pooled in a “common enterprise.”

The trial then took an unexpected turn when the judge decided to send the threshold question – whether the four products at issue constituted “investment contracts” – to the jury. Most courts treat the question of whether a transaction constitutes a security as a question of law (and hence within the purview of the judge), not a question of fact (and thus determinable only by a jury).

Surprisingly, the jury rejected an essential premise of the plaintiffs’ argument: that the products at issue were investment contracts. Because they were not securities, the defendants could not have committed any securities law violations. Evidently, the jury found that the investors’ ability to direct how their hashrate was allocated was sufficient to defeat the “common enterprise” and/or “entrepreneurial efforts of others” prongs of the Howey test – notwithstanding the fact that GAW had been selecting the block data and the investors’ hashrate may not have even actually existed.

This result is surprising because many commenters have suggested that cloud mining constitutes an investment contract.[2] After all, these contracts appear to embody each Howey element: investment of money (purchasing Hashlets), in a common enterprise (the mining pool), with a reasonable expectation of profits (the block rewards) derived from the entrepreneurial efforts of others (the operation of the pool). Indeed, Audet’s allegations surrounding Hashlets are strikingly similar to the facts underlying the original Howey case: like Howey’s orange groves, mining equipment purchased by customers was maintained and operated by GAW. And both Hashpoints and HashStakers resemble other traditional assets, particularly convertible notes and fixed-interest products.

As the first jury determination that tokens are not securities, Audet suggests a disconnect between public perception of digital assets and the SEC’s stance that digital assets are nearly always securities. This disconnect may make token issuers standing in the SEC’s crosshairs more willing to litigate the issues, rather than accepting liability in an enforcement action. However successful these issuers turn out to be, this litigation will hopefully give the blockchain industry much-needed clarity on how to design products to avoid liability under the securities laws.

If you have any questions about this ruling or need help with digital assets, please contact a member of Harter Secrest & Emery’s Securities and Capital Markets group at 585.232.6500 or 716.853.1616.